Should You Pay Off Debt or Invest Extra Cash?

Maybe you’ve come into a bit of cash. Perhaps you’ve got a pay rise or a new job. Or maybe you’ve just cut a few big expenses. Whatever the reason, if you’ve got some spare money, it needs a home. Often the first instinct is to pay off your mortgage, if you have one, or to pay off some other debt. While this might not be the worst idea in the world, it also might not be the best use of your spare cash.

There are pros and cons to paying off debt vs investing. In this article, I’ll explain in which circumstances it makes sense to pay off debt and in which case investing is the better idea so that you can decide on the best option for you.

First, let’s look at using your spare cash to pay down your debt. This basically boils down to choosing certainty over potential. When you pay off debt, it’s a guarantee that your debt will reduce. That means you also know, for certain, that you’ll pay less interest after you’ve made the payment.

That’s fine if you’re paying a high rate of interest. So if we’re talking about debt like a credit card, personal loan, overdraft, or anything else that has an interest rate of more than 8%, paying this off as soon as possible is almost always going to be the best financial option.

If you’re paying interest of, for example, 12%, this means that for every £100 you pay off the debt, you’ll be saving £12 in interest. In order to beat this with an investment, you need a return of more than 12%. That’s going to be very tough without a big chunk of risk and some serious fluctuations in your investments.

When the interest rate on your debt is low, investing starts to look like a more reasonable option. Even at 6 - 8%, it’s hard to argue against paying down debt as the best option. As you get below 5%, investments can be something to start thinking about.

Paying off debt instead of investing is basically choosing certainty over potential.

The deal with investing is that it’s not certain. You can get a rough idea of the returns you can expect over the long term, but there’s no way to know for sure what return you’re going to get.

It’s why paying off debt is the safer option. On the flip side, investing can lead to a better financial outcome overall. Say you average an investment return of 8% after fees. If your mortgage has an interest rate of 3%, that means you could be 5% better off by investing rather than paying down that mortgage.

This can compound over time, making a big difference to your net worth over the long term. Of course, it’s not linear. In some years, you might get a return of 13%; in others, it might be -5%. It’s why investing is the higher risk strategy, but for that risk, you could get a better outcome.

Investing is the higher risk strategy, but for that risk, you could get a better outcome.

You probably already have an idea of how inflation impacts your cash. As a quick recap, if prices are rising by 3% each year, then you need your money to grow by 3% each year just to keep pace with the rising cost of living. If it doesn’t, your money is actually going down in value because it will buy you 3% less stuff next year.

It’s why investments are so important. They allow you to grow your money at or above the rate of inflation, meaning it grows your wealth in real terms.

Something that’s talked about much less is that inflation impacts debt as well. In this case, though, it’s in your favour. Let’s look at a quick example to help illustrate this point. Say you have £100,000 in cash. If you don’t earn any interest on this, and inflation is at 3%, your £100,000 would only be “worth” £97,000 next year.

This is another point to keep in mind when considering whether you should pay off debt or invest. Inflation will help reduce your debt over time, and with low-interest rates, you have the potential to get a better overall outcome by investing instead.

With that said, if you have high-interest debt, it’s almost always the best option to get rid of this first.

Also Read: How to Invest in Funds and ETFs 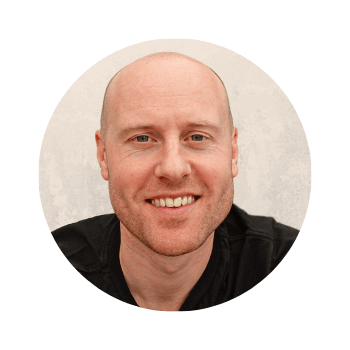