We’ve compiled a handy list of success habits that today’s world-renowned millionaires swear by. If you implement these practices into your daily life - who knows, you might just become a millionaire in the making!

Although simple and pretty self-explanatory, a common habit amongst nearly every wealthy and successful individual is the ability to set achievable short-term goals.

By establishing your daily goals, whether personal or professional, big or small, you become far less likely to be deterred by the more trivial tasks that might pop up throughout the day. For some, checking off a task as simple as a grocery shop or making your bed in the morning can generate enough momentum to maintain high levels of productivity for the rest of the day.

Richard Branson, Bill Gates and Ray Dalio are just a few of many who advocate for and recognise the power of goal setting - and judging by their net worths, it seems to have paid off massively!

Billionaire Bill Gates uses the ‘OKR’ method when setting his goals - the O standing for ‘objectives’ and the KR referring to the ‘key results’ that help you meet your objectives. He believes that your goals should be ‘significant, action-oriented and aspirational’.

Another common rule amongst the wealthy and successful, is to create and implement a strict routine that eventually becomes second nature if you stick to it long enough.

While each routine varies from millionaire to millionaire - and with some including elaborate, often unrealistic rituals like waking up at four in the morning and taking a 3 minute freezing cold shower - your daily routine should realistically complement your lifestyle. In other words, if you work a 9-5, then showering in cold water thrice a day like Dwayne ‘the Rock’ Johnson probably isn’t going to be feasible in the long-term.

3. Create More Than You Consume

In a world plagued by excessive media consumption and instant gratification, it’s easy to fall into the habit of binge-watching YouTube or TikTok videos for hours on end, or resorting to Netflix the very moment we get some free time on our hands.

While such forms of entertainment are good in moderation, they can be highly addictive and often encourage us to spend most of our free time consuming rather than producing.

Millionaires tend to shift their focus on producing. This means using their free time to build new skills or participate in activities that contribute to their personal development. A great example of this is learning how to play the guitar, experimenting in the kitchen or reading before bed instead of watching an entire Netflix series in one evening!

The aim here is to increase your value as an individual. More skills often lead to more opportunities and experience, ultimately increasing your overall human capital.

4. Surround Yourself With Successful People

There is a common belief amongst millionaires that you are the average of the five people you spend the most time with. In other words, the people you are most closely associated with, are the people you eventually become.

By this logic, spending time with highly motivated, successful and perhaps even wealthier individuals could create a positive and encouraging environment that motivates you to follow suit.

Likewise, building solid relationships and networking in your chosen profession, or in an area of business that you’d like to develop in, is in most cases, highly effective in broadening your window of opportunity. The key to confident networking is to remind yourself that you’ve got nothing to lose but everything to gain when talking to or learning from others.

The all too familiar phrase ‘believe in yourself’ is not one that is taken lightly amongst millionaires. In order to be successful, you must already believe that you have the ability to arrive at your destination of success - it’s that simple.

Millionaires do this by practicing positive self-talk about money, triumph and what they picture their futures to look like. In the modern age, we’d refer to this phenomenon as ‘manifesting’ - the belief that your thoughts create your reality.

A great example of this, is that if you were to lose a sum of money through an investment, instead of beating yourself up about the fact that you’ve made a loss, you can practice positive self-talk by shifting your focus on the silver lining. “I may have lost money, but now I am so much more knowledgeable on how this particular market works, and I’m confident that I won’t repeat the same mistakes”.

To round this habit up, if you don’t believe in yourself, then who will?

The second richest man in the world - Bill Gates - is known for going on solo retreats to recharge his batteries. He refers to his retreats as ‘think weeks’ and typically spends them in isolated areas, like a cabin in the woods.

Here’s why a retreat is a great strategy, according to Laura Stack, CEO of The Productivity Pro. “People should have a ‘third place’ that isn’t work or home, where they can find focused time to think and create and clarify their strategic thinking”.

“We must create an environment that gives us the ability to focus our minds without interruption from coworkers, spouses, children, pets and technology, or we’ll never be able to concentrate on higher-order activities.”

Stepping away from a busy day-to-day routine and unwinding in solitude is a great way to develop personal growth, freedom, independence, and a new perspective on your relationship with yourself and the world around you.

Dumping your thoughts down in a journal is not only therapeutic but is also scientifically proven to help you stay organised, improve memory and boost your overall health. It’s no wonder that millionaires like Tim Ferriss and Patrick Grove owe their success to the habit of journaling.

There are a variety of reasons why successful people opt for journaling as a productive outlet. Writing your thoughts down can help with clarity when thinking about long term goals, and in some cases, a journal becomes a hybrid between a diary and to-do list, acting as a convenient reminder of your goals or life roadmap.

According to Patrick Grove, journaling has had a huge impact on the success of his businesses. “I can tell you for certain that I’d still be doing what I do today, which is to start, build and invest in internet companies. But I don’t know if I would have been this successful at it without journaling. Many of my ideas, that have been proven to work, have come out of journaling.” 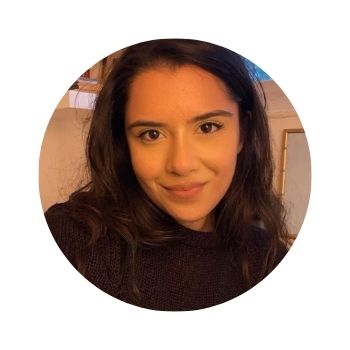 Hi, my name is Zahra, and I'm responsible for Content and SEO at Koody. Here to simplify and provide tips on personal finance so that you can kickstart your journey towards financial independence.
Follow