On the 3rd of March, the Chancellor of the Exchequer Rishi Sunak announced his new budget plans for the UK's economic revival.

Among his proposals lay his plans to revive the UK’s housing market – a sector that the pandemic has significantly impacted.

Today we are going to focus specifically on the reduction of deposits from 10% to 5% and how that will impact first-time buyers.

The Ins And Outs Of The Proposal

As I alluded to in the introduction, deposits for first-time buyers are being slashed from 10% to 5%.

That’s to say you’ll have access to up to 95% loan-to-value mortgages (95% of the property’s value).

So although it’s called a 5% deposit scheme, it doesn’t necessarily mean you’ll get your home with a 5% deposit (it depends on your lender).

It’s also worth noting that there is nothing particularly special about these 5% mortgages for buyers since they have been around for a while.

It’s just that in recent times they haven’t been viable in the eyes of lenders due to the impacts of the pandemic.

So this proposal is a way of not only getting people on the property ladder but giving lenders the confidence to ‘re-enter’ this market- thanks to government backing.

As with every government scheme, there are restrictions/criteria you have to meet.

To be eligible for one of these 5% deposit mortgages as a first-time buyer, here are the points you need to satisfy:

Banks Included In the Scheme

As you may have figured from the subtitle, this scheme is not universal across all banks.

That is to say not all banks will grant you a mortgage up to 95% of a property’s purchase price.

It is possible more banks may join the scheme before it ends on the 22nd of December 2022, but for now, those included are:

As part of the scheme’s conditions, these banks have to offer you a five year fixed mortgage rate.

This is good news for you, the buyer, as you’ll find comfort in knowing you’ll have no fluctuations in repayment amounts for five years.

So just how has the government managed to come to this agreement with the banks?

Earlier, I mentioned that the government would cover, to an extent, the banks that have taken part in this scheme.

Specifically, the government will reimburse up to 95% of losses a lender may incur above 80% of the LTV.

In theory, this does make property more accessible for first time buyers- a milestone that has been increasingly difficult over the past few years.

But it’s not going to be for everyone!

I say that because there has to be a trade-off point, and in this instance, it comes in the form of higher rates.

Think about it, if you’re putting down less money on your home, the excess doesn’t just disappear - it’s merely added onto your repayments (which you’ll be charged interest on).

And even with the option of a five year fixed rate, you could still end up paying a substantial amount more in the long run when that period expires.

Of course, it’s hard to attach figures to these statements due to the ever-changing financial climate, but it seems that bigger deposits are the safest option (at least long term).

That being said, the scheme could certainly have some positive impact on the housing market.

Its introduction should promote healthy competition between banks to bring better mortgage deals to first-time buyers (both in and outside the scheme).

And depending on its success, we could also see more banks come on board, further accentuating the point made above.

Buying your first house is exciting, but it’s not something you should rush into.

Just because you see a shiny new scheme from the government doesn’t necessarily mean you should jump at the opportunity. Instead, consider it and apply it to your own personal situation.

For me, the scheme has good intentions and, in principle, will help first-time buyers get on the property ladder.

That, however, doesn’t mean it will keep them on it.

Higher repayments long term often affect those most likely to get on board with a scheme of this nature, and I worry about the impact that could have.

So the decision is ultimately yours, but I hope this article has helped you reach a judgement about whether or not it’s a good fit for you.

I want to close this article with a relevant quote a wise teacher once said to me:

“Think more about what is best for your future self and less about what you want currently.”

By Dan from The Money Equation

Check out some of Dan's other articles: 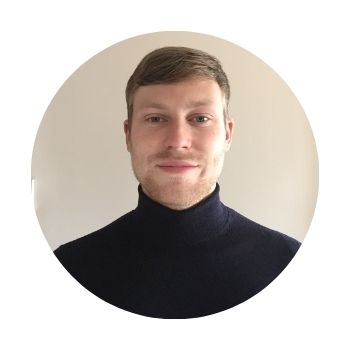